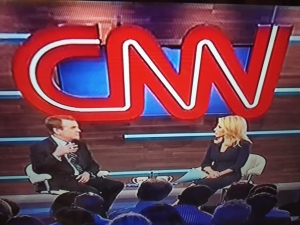 Here’s my brief presentation of the Town Hall event.

1.   Figure below represents the Priorities triad of Senator Michael Bennet :

Senator Michael Bennet supports incremental steps in health care and coverage –  “Medicare X” – a balanced alternative to ‘Medicare for All’.  It comprises a public option modeled after Medicare alongside private options on the Obamacare marketplaces. A new version done with Senator Tim Kaine in 2019 provides for expansion of access to tax credits.  Senator Michael Bennet supports bolder actions to address Climate Change. He is a strong proponent of Clean Power and Energy Plan and his commitment to Climate Change actions comes from his strong belief and trust in scientific findings and facts.  As a member of the Gang of Eight, a bipartisan group of four Democrats and four Republicans, he was responsible for introducing a comprehensive Immigration Reform legislation. The bill was titled : “Border Security, Economic Opportunity, and Immigration Modernisation Act of 2013”. The bill passed the US Senate with 68-32 votes but was stalled in the House. He later cosponsored the Dream Act of 2017.

As a Senator showing signs of deep study, knowledge, and analytical skills his decision-making in all the bills and letters that he was part of stood out as a characteristic and distinctive feature of his ability.  His astute but high decibel speech on the Senate floor in January when he challenged the Republican Senator Ted Cruz’s forceful voice and judgement on a matter of opinion as ‘Government shut down and Border Wall’  catapulted him into a person holding very strong feeling and direction of mind – as highly passional.  He is a pragmatic  person who values facts more than opinions and theories. He likes choosing more practical ideas than ideal ones. Hence his opposition to far left Socialism;  Medicare for All;  and Border Wall’ Shut down.

His main Strategy is to have majority in the House, Senate, and in Washington DC administration. This comes out of his experience, specially, with President Donald Trump being able to appoint 100 judges by now in his term due to a single change that Barack Obama did in his term and for which regretfully he voted in favor then.  His recipe for tackling all problems irrespective of the sectors of the economy is for ‘Americans to work together and fight the problems in a united fashion’.  He feels a strong need to restore the values of ‘truth and integrity’ of actions be it in administration, economy, healthcare, education, climate change or any other issue that American citizens care for.

Best question in the audience came from Margaret Thomson who wanted to know how he will increase teacher pay and the quality of education at schools across the country. Senator Michael Bennet took pleasure in answering the question with his accomplished background of five years and more as the “Superintendent”  of Schools in Denver. Tracing the education from the end of World War II’, he sought to emphasise the two factors that need consideration :  (a)  We should operate on a 21st Century offering and not a 19th Century offering –  a teacher or a nurse now should get as much as anyone in any other sector gets for shouldering the same responsibility. Quality will be ensured. (b)  “Economy grows with growth in Education” is a dictum that he will advocate and practice and this must be well recognised and understood.

1.  Senator Michael Bennet made a strong bid to evoke discussions and make the audience know the issues of importance in a broken system as the one most citizens feel today.

2.  More than fighting for winning the nomination, he appeared keen to create a sense of identity of his own in the minds of the audience for any other opening in future.

3.  His emphasis on job record as proof of performance will need to stay firmly etched in the minds of the audience/people for long enough to propel himself up the ladder of a huge rungs, a task highly challenging.

Tidbit :  ” The way to wealth is integrity and frugality ” –  Raja Srinivasan.