If the Democratic Presidential Primary Debate in Miami (June) will be remembered for some sorepoints, the Debate in Detroit (July) will be remembered for its strong points specially from the different constituents in this group. The Debate tonight will be marked for not throwing open any clear hero/winner keeping the Democratic Field Still wide open. 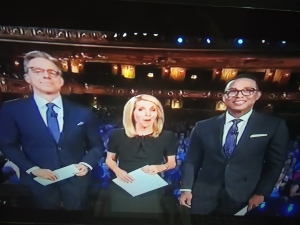 Here’s how I  wil present my perspective :  1.    Contrary to general expectations Joe Biden was not aggressive but kept his pace normal with clear and pointed answers to critics. Except for Michael Bennet and Tulsi Gabbard, everyone on stage at one point or another seemed eager to score points trying to put Joe Biden’s head on backwards.  Senator Kamala Harris, Mayor Bill de Blasio, and Gov Jay Inslee in the first half hour to a large extent succeeded in putting Joe Biden on the backfoot with attacks on his plans.  Joe Biden’s composure was not affected but his self possession seemed to have been shaken to the extent of losing his fluency at times. Biden discombobulated, no ;  disturbed, yes.

2.  Senator Kamala Harris’s healthcare plan received stringent scrutiny. She failed to strengthen her mathematics, even while volunteering to answer that, except stating that $ 72 billion had been amassed by the pharmaceutical giants that actually came from the tax payments of the common people.

3.   Democrats’  chief platform comprising vital ideas come from three elements as shown in the Figure below :

Healthcare, Immigration, and Economy in the order of its priority constitute the key elements of the platform for 2020 election. Nothing new except that new proposals, with changes in existing, have been planned to be  proposed.

5.   What each said :  Joe Biden – Restore the soul of the country, we’re strong because of our diversity.  Kamala Harris – This is the moment to fight who we are.  Tulsi Gabbard – I’ll bring patriotism to White House,  justice and equality for all.  Michael Bennet – Kids belong in classrooms, not in cages.  Jay Inslee – Climate Change to protect our children and future generations.  Kirsten Gillibrand – Nothing is impossible.  Julian Castro – Public service is about people and families, not about just politicians.  Andrew Yang – $ 1000 per month for every American.  Cory Booker – Heal the nation and move forward. Common cause and common purpose is what is needed now. Bill de Blasio – Take care of ‘voter suppression. 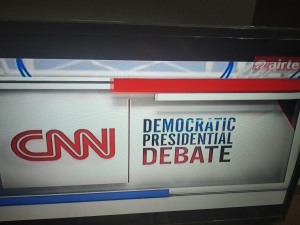 July debate – well organized, well moderated, clear agenda of issues raised, got the participants to follow the rules of debate conscientiously, emotions of everyone well controlled, and provided an orderly and stimulating discussions but one could not escape the feeling that  ‘something’  has been glaringly missing. I am unable to elaborate further.

Tidbit : ” Automation/loss of jobs and Donald Trump are the same “. –  Andrew Yang.