US President Donald Trump’s decision to kill Iranian General Qassem Soleimani on 3rd January 2020  has been bold and adventurous triggering discussions in favour and against all  over the world.

A short observation from a non-expert :

Democrats on the other hand may be right in their thinking to oppose the act vehemently based on the dictum :  ” Complex situations require thoughtful analysis before action “.

Both are reactions that seem different to experts, analysts, media, and even common Citizens.

While President Donald Trump as a Leader held his style of response (though may be perceived as unilateral, aggressive, imprudent,  …  … ) with the strong belief that something good to Citizens will emerge, his decision even while getting all the attention throughout the world,  didnt go well with a majority within or outside the nation. He, nevertheless, may have achieved his – by now – characteristic and  famous approach, that is,  ” let me get this done, come what may “. An approach that rates the Success in less serious matters and perhaps in small proportions. His intent may be to drive fear into the hearts and minds of the Iranian Leadership, but at this juncture it seems to have taken only vast energy from him with little credit assigned to the act. What happened may well be contrary to what was expected.

Democrats are likely driven by a sense of National and International Security ;  Image of the nation in the eyes of the World ;  and Trust among allies which are key ingredients in Foreign Relations and Policy. It is their sensitivity to the people within and outside the nation and mindfulness to the personal lives and goals of all Citizens that probably made them “move the resolution to curb the President’s action against Iran” – for future practices, iterations, and to make that an essential tenet. This may well be supported, encouraged, and highly regarded by people even if it is not by itself enough to mark their success. 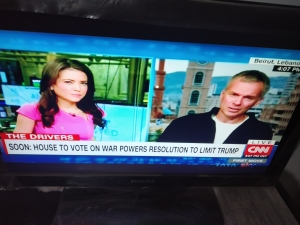 Anchors discuss the resolution to be adopted by Congress

Coming days will probably make the US feel and sense the real impact of this First Big Event/Political Decision of this new Decade. 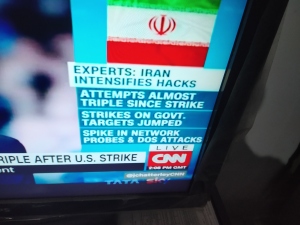