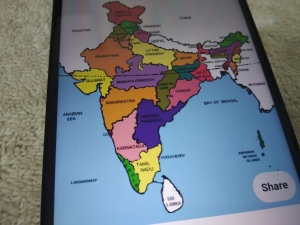 Human Spittle  is not Lord’s Spittle possessing inherent virtues like raising a corpse to life or the change of Moses’  rod into a snake. When human ‘spittle’ falls on floors, especially of mud/cement as in many homes and being seldom or never cleaned out, it fosters a  gradual accumulation of ‘poison’ to which infected rats and concealment of illness contribute.

COVID-19 which took its origin in China has infected more than 42 lakhs of people in 235 and more countries today. It is a Global Threat. Countries are panting heavily without being able to combat the virus impact fully. Scientists and medical researchers are engaged in the twin tasks of : (a)  finding drugs/vaccines for the control of the disease ;  and  (b)  finding methods to prevent the spread of the disease.

It is evident that breathing is the route by which the virus finds its entry into the human body. Cells near the throat are the first affected. Tissue irritation of the throat and lungs may appear as noisy breathing, coughing, hoarseness, black or grey ‘spittle’, and fluid in the lungs. Through tracheal passage it reaches the lungs and transforms it into a virus producing factory. These viruses in turn gain entry into our cells easily.

It is common to observe that people who speak loudly spread the virus through their ‘spittle’. Even in today’s hygiene conscious world it is not uncommon to find a huge majority of people releasing the  ‘spittle’  on the roads, pavements, or even when standing near roadside shops, bus stands, parks, and  such commonly crowded places. Spitting has become a habit be it in villages, towns, or cities. It is  this pervasive perversity that endangers and causes serious harm to people in a big way.

It is imperative that stringent action is taken on people spitting in common places as a measure of control. People need to change their habits.  ‘Spittle’  is more dangerous than even mass gathering, physical contact, and playing together.

There are laws in place to prevent spitting. Pre-independence Madras Government enacted Health Act 1939 under which fine for spitting can be levied. Union Health Ministry has asked all States to prohibit the use and spitting of smokeless tobacco in public places. Telengana government has banned spitting on road in April this year. Gujarat has imposed a fine of RS 500/- for spitting on the road or in public places. What sadly lacks is the strict enforcement. This needs to be pursued vigorously in our efforts to contain the COVID-19 impact.

Man who spit on the road is made to clean the place in Pune.

Cleaning operation in place in Telengana.

We do not need superficial cardboard characters handling the situation but real people with iron hands !

Tidbit :. ” A wise King would not want his officials to lick his ‘spittle’  “.