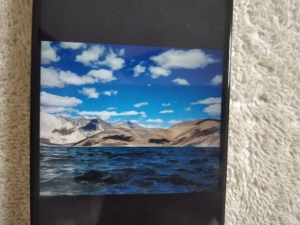 Border conflict between the two nations is reaching a point of explosion. Nepal in its parliament recently unveiled its new map including the areas of Lipolekh, Limpiadhura, and Kalapani. These are actually areas covering the Pithoragarh district of Uttarakhand. India has already rejected Nepal’s claim to rights and inclusion of these areas in the map.

To some extent we also need to think of our share in making the way for Nepal. The path of Kailash-Manasarover   ‘holy journey’  (pilgrimage) includes Tibet ( under China’s control). For the benefit of Indians undertaking the journey, a link road connecting Dharchula (a town in Pithoragarh district of Uttarakhand) and Lipolekh was made, the construction of which is in full knowledge and recognition of Nepal. This highway (link road) besides being used for the Holy Journey is also used for swift shifting of military armaments to the Indian borders – a fact also known to Nepal. The highway itself is not an irritable gesture but the inauguration of it by our Defence Minister, Sri Rajnath Singh, in the full glare of media was. China’s supportive backchannel cues cannot be discounted.

The border dispute is also not new. In the war between King of Nepal and the East India Company ( Anglo Nepalese War of 1814-1816 ), Nepal lost one thirds of its geographical area. The Treaty of Sugauli establishing the boundary line of Nepal was signed in December 1815 and ratified by March 4, 1816,  between the East India Company and the King of Nepal. The treaty marked Kalapani and Lipolekh as disputed areas. Unavoidable circumstances and reasons stalled the efforts of the King of Nepal to raise the issue further.

In August 2019 Jammu and Kashmir was bifurcated and  2  Union territories were made -including Ladakh. India released its map marking the border(s) then. It included Kalapani. Nepal raised its objection at that time. This was really the origin of the problem that we see today.

When Nepal raised its objections to Dharchula-Lipolekh highway (link road) India could have remained calm and silent. Indian Army Chief,  Naravane’s statement referring to the incitement and inducement of China for Nepal’s objection to the highway stirred up the trouble and debate  –  Nepal’s anger increased following this. It also prompted Nepal’s PM,  KM Sarma Oli to state in the Parliament that India’s Coronavirus is more dangerous than China’s or Italy’s. This caused a damaging split in relationship between the two nations.

India’s desire/initiatives to end the King’s role in Nepal made way for China to become closer to Nepal. China’s influence in Nepal has been 25 years old. It is no surprise that the financial resources secured from China lured Nepal towards China.

The decline of Nepali Congress marked the growing strength of Maoist and Marxist-Leninist Parties in Nepal. China played its big role in bringing the two parties together and make it the Nepal Communist Party. In fact China’s ambassador played a significant role in bringing about peace when there was resistance against the Nepal PM, KP Sarma Oli.  Nepal Communist Party aided by China’s instigation had also a significant part in flaming hatred and distrust against India. This is all too well known.

Sudden slide in Nepal’s Economy coupled with growing unemployment ;  Disenchantment with Nepal PM’s  inefficiency coupled with his loss of popularity in Nepal  –  are waves mounting against KP Sarma Oli now. At this critical juncture the border dispute (problem) has come in handy to gain political advantage through Nepalese Nationalism.

A nation without any ports and surrounded by land only cannot disregard or boycott India totally in relationship.

For the same reason India also will not be keen on treating its relationship with Nepal too easy to a point where Nepal may willingly shake hands with China.

What is important is to make our approach shine with prospects of a relationship with Nepal without physical and mental suffering while preventing China to make use of our mistakes for its benefits.

Make no mistake ;  this is one problem that won’t go away easily.

Tidbit  :  ”  Politics have no relation to Morals ” – Niccolo Machiavelli.