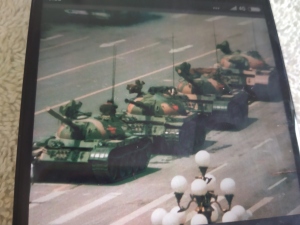 Capitalzing, exploiting, and profiting from the World’s focus on combating COVID-19 pandemic, Xi Jinping’s  China has been practically processing its days’, months’, and years’s old desire to implement programs successfully. In the trouble ridden China Sea, Chinese Navy Security has drowned countless numbers of Vietnamese fishing boats. China has condemned the election and inauguration of Tsai- Ing wen as President of Taiwan for the second term.

The usually common and standard practice every year of announcing the Union between China and Taiwan has been released without the word  “peaceful”  this time. Chinese army has been intruding in Indian areas near Ladakh blatantly breaching the international norms of regulated behaviour. Above all, China has hardened its grip over Hong Kong by bringing a new  ‘Security Law’.

On June 4  every year the anniversary day marking the Tiananmen Square massacre of 1989 will be held. In 1989 several thousands of students and workers engaged in that struggle for democratic reforms based on right of speech protection. China contained that uprising with military repression measures. Thousands sacrificed their lives in that struggle for the right of speech.

Remembrance Services in memory of that event used to be held in Victoria Park in Hong Kong every year for the last 30 years. Due to COVID-19 pandemic this year the Hong Kong adminstration had banned that gathering. Violation of the ban will meet with serious measures of oppression was also the general feeling.

As per China’s direction the Hong Kong administration did not prevent anyone gathering in Victoria Park this time. But, in all other places such gatherings have been chased away.

This year’s anniversary day gathering had a special importance than usual. Against the backdrop of the approval of the new “Security Law”  by China’s Parliament the gathering may witness an eruption of violence was anticipated worldwide. It was, nevertheless, clever of China not to make way for that by specifically ignoring any gathering, without control,  in Victoria Park.

When Hong Kong united with China, some agreements were part of the Union and accepted by China. During the process in 1997, the agreement permitted China and Hong Kong to have the administrative function under separate constitutional methods. From 1997 to 2047 Hong Kong will function as a Republic is the chief feature.

Even while accepting China’s leadership, Hong Kong’s  Uniqueness ;  Individual Human Rights ;  and  Democratic Justice Department will continue to be preserved is the Guarantee that kept the British and Hong Kong at peace. Since then, however, China indulged in expropriation of the rights of Hong Kong people sequentially. At the same time, by itself keeping away from the economic operations of Hong Kong, China wanted to keep Hong Kong as the Centre of International Financial Exchange.

Ever since 1997, under the guidance of China all institutions in Hong Kong started implementing some measure of National Security Act with hope. In March 2019, Hong Kong’s Chief Executive, Carrie Lam, announced a new act. According to that act, suspected criminals in Hong Kong will be taken to China for enquiry. This problem laden bill met with strong opposition from the people. It then turned into a  struggle  against China. Chief Executive, Carrie Lam, tried to control the struggle through oppression of rights. Finally, however, the bill was stopped for a period of time.

Now, without the power of  Hong Kong, China’s Parliament has made : (a) political opposition to China in Hong Kong ; and  (b) acting under the instigation/inducement of foreign nations – as serious criminal acts through its  “National Security Law” with independent/individual democracy coming to a full stop. Hence, the policy of  “One Country, Two Separate Administration”  will only be a namesake.

The  “National Security Law”  will take effect from September this year.

” It will be a surprise if  VICTORIA PARK, where the anniversary day of Tiananmen Square massacre is held every year doesn’t become  BEIJING’s  TIANANMEN SQUARE “.

Tidbit : ” Oppression worketh out its own Destruction ” –  James Linen.