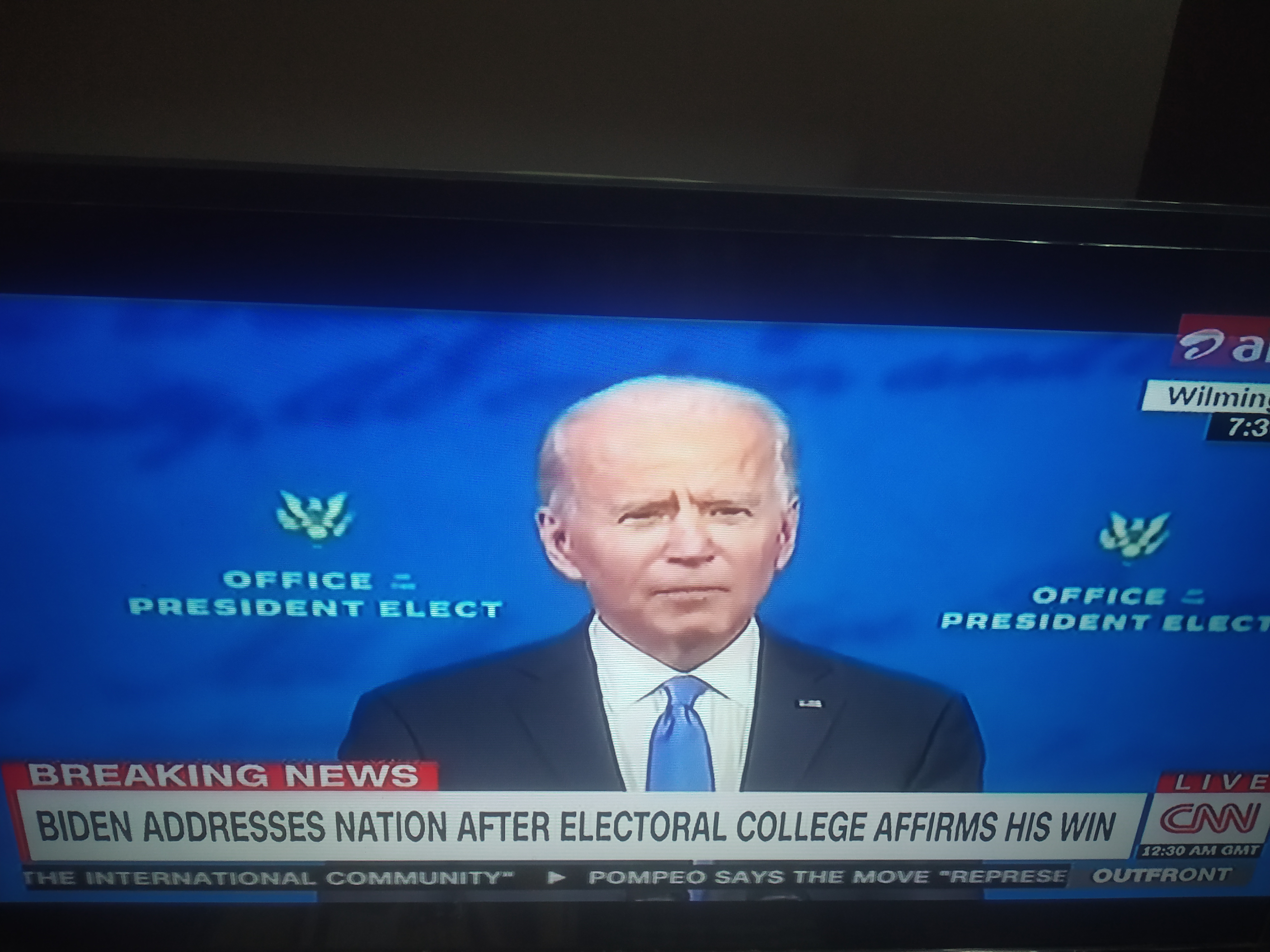 President-elect Joe Biden’s 10 minute address after the electors cast their votes on Monday (December 14, 2020) can be explained by history on two counts atleast. President-elect Joe Biden may not have read too many books to draw from to deliver this address. But it really carried the essence of his speech – ” Healing, Protecting the soul of the nation, Being an American President for everyone, Historical perspective in terms of the votes secured and electors won, and a Study in modern history and democracy”.

I would like to bring two points to general attention on this aspect :

President-elect, Joe Biden’s success in this Electoral College Votes Count has been a known event. He had days, and even a few weeks, to get ready for what he has to say. Assuming that his 10 minute speech would have been listened intensely by at least millions of citizens, it would mean that hundreds of millions of minutes of ( 10 × millions ) Citizens’ time to be used effectively and genuinely to make himself proud. The speech has its own importance nationally and internationally. The five points mentioned in the first paragraph is a clear vindication of his experience in terms of American Democracy, Legality, and Citizenry. Despite a series of hiccups during his speech, President-elect Joe Biden’s clarity of thought and purpose was of a high quality.

2. President-elect Joe Biden’s emphasis on being a President for all Americans engaging himself fully with even those who have not supported him in this election should bring to everyone’s memory, the following words of Abe Lincoln after his second election :

” I have not willingly planted a thorn in any man’s bosom. While I am deeply sensible of the high compliment of reelection, and duly grateful as I trust to Almighty God for having directed my countrymen to a right conclusion, as I think, for their own good, it adds nothing to my satisfaction that any other man may be disappointed or pained by the result. May I ask those who have not differed from me to join with us in this same spirit towards those who have – “.

President-elect, Joe Biden, is echoing this sentiment while he says himself of being a President for all American Citizens trying to unite everyone, whether they voted for him or not. This again is a clear expression of his intent and purpose he is placing on himself with Clarity.

Conclusion : That this address has come at a time when the first shots of the VACCINE are being administered simultaneously is in itself a good omen for the future success of his administration.

Almighty God, Lord of all Nations, will surely help to realize the eminent sanctity of the ensuing Government.

Tidbit : ” Speaking on Stage is also an Experience “.